How to Create an Effective Compensation Strategy for Remote Workers

Are you wondering what the best compensation strategy for remote workers is? Read this article to learn more about planning an effective compensation program that will make your remote team happy. 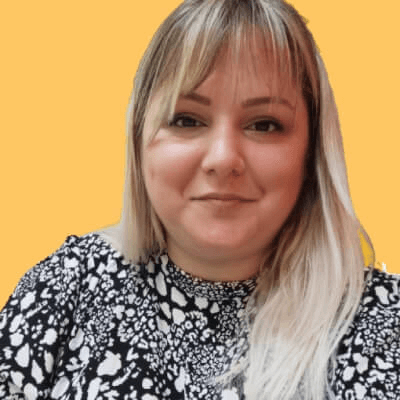 During the past year, the coronavirus pandemic caused remote work to rise to the mainstream. Companies embraced it hastily, but many of them soon realized productivity was up when people work remotely. Now, a year later, opportunities arise for companies to save money by encouraging remote work long-term.

An element of the remote work shift that still confuses many managers and CEOs are compensation plans for remote employees. How should they approach setting salaries for remote workers? What should their base pay cover, and what to include as additional employee benefits?

We've created this comprehensive guide to help you develop the best compensation package for your remote workers that fits into your business strategy and helps you keep the competitive advantage in your industry.

Determining your best compensation policy is complex enough without taking the location factors into consideration, and when your workforce is distributed around the globe, your job gets a tad more difficult.

The answer to the question "What should my remote work compensation philosophy be", of course, encompasses several areas. Here are the first steps you can take to effective compensation planning.

Mapping your current remote employees by location is the first step to take. Having a clear overview of how many people there are, and how they're distributed geographically, can nudge a company towards one strategy or another.

Next, think about expansion and growth. How many employees work remotely now? Do you plan to hire for new remote positions in the future? Are you a fully remote company? Is your workforce national or international? Considering plans and timelines for the near and distant future centers data and numbers to the front of this topic.

Finally, give your overall compensation program some thought and decide on your goals. Companies aiming to get the best people on the job market and those aiming to save money at all costs usually don't have the same strategy.

Let's cover some basics of compensation management for remote workers.

How much do remote workers make?

Salaries of remote employees vary depending on their location. There isn't yet a comprehensible global study showing median pay per country, but there is some data about the US.

Why do remote employees seem to earn more than office workers?

It seems that remote work is still reserved for industries and positions with higher salary ranges and fierce competition to retain top talent with competencies that are currently in high demand. These numbers will probably come closer together once more companies adopt remote work. 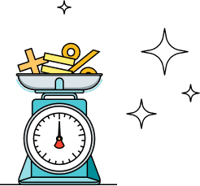 Compensation strategies are complex even without the remote workforce thrown into the mix. Several factors are involved in creating pay structures - the industry, the size of a company, its approach to talent, and HR.

Some organizations see remote work as a perk they offer to remote workers, like good healthcare or paid time off. Other, fully remote companies are built with distributed work as the baseline and don't see it as a special model.

Corporations tend to be more rigid, while startups can be more flexible in their compensation models, especially if they're just starting. On the other hand, big companies pay more, to begin with than startups and small businesses.

An essential element of consideration should be the location of your remote workforce. It will be much easier to come up with a practical and fair pay scale if you hire in the US. If you hire for remote positions globally, you have access to amazing worldwide talent, but you also have to develop a more complex strategic compensation scale to calculate fair total compensation for employees who work outside of your regular office.

And don't forget to put at least the salary range or the starting salary in job descriptions when looking for new employees. This way, you're avoiding wasting your time on candidates that don't find the money you offer satisfactory.

It's always a good idea to look up the trailblazers in the tech industry and see how they handle remote employee compensation. Transparency is important for tech companies since their HR professionals focus a lot on talent management and are always on the lookout for the best-performing individuals out there.

Buffer has a Transparent Salary Calculator on their website that allows you to enter a role, its level, and the cost of living in your city to get an assessment of a potential salary.

Basecamp also has a salary calculator available to employees and applicants. Its purpose is to offer transparency and predictability when applying for open positions or asking for a promotion.

We're happy to announce that now we have our very own employment calculator! You can use it to get an estimate and learn how much hiring an overseas employee will actually cost you.

How to Pay International Employees: Payroll in Foreign Countries

Global Payroll Challenges & How to Overcome Them

Hybrid Team Payroll Challenges and How to Overcome Them

There are several methods a company can use to establish how much to pay remote workers. Before deciding on each of them, it is wise to consult studies and salary market data to make an informed decision.

Here are the options for setting salaries for remote team members:

1. Base the salary on the employee's location

This approach gives you the possibility to adjust the salary not just by position, but by where your team members live. If you take the cost of living into account, it's logical that San Francisco and New York residents will have higher salaries than their colleagues in less expensive cities.

Paying local rates could encourage people to move out of expensive areas and into smaller cities and rural communities, which has its own benefits. People who are not tied to a city through their job will probably decide to move somewhere with lower prices and a better living standard anyway.

Of course, remote employees are entitled to a pay revision every time they change their location in this scenario.

2. Base the salary on the reporting office location

This option relies on the location of the company headquarters as the basis for the pay scale. Depending on where this location happens, this could be the more expensive option, but it doesn't come without its benefits.

Companies aiming to attract the best employees and increase their retention can opt for this way of calculating salaries, thus incentivizing those who live in less expensive areas too. Basecamp is the most famous example of this, with their philosophy to pay all their workers as if they live in San Francisco, even though none of them do.

Another benefit of basing the remote salaries on one location is giving all employees the feeling they are paid for the contribution they make, not their chosen address. This can enhance the overall atmosphere in your company and have a positive impact on employee engagement and productivity.

3. Base the remote salaries on the national average

If deciding between a universal base salary and a locally adjusted one makes your head spin, there is also the option to calculate based on the national average as the benchmark.

While this is a simplified method that won't give as much headache to the human resources department, it has its downsides. If the pay rates are based on the national average, your company could lose access to talent living in more expensive hubs, such as Silicon Valley.

Any of the above-mentioned methods need to be weighed against your industry, company goals, individual positions, and overall approach. Think carefully and consult salary data to get clear insights into what works best for your organization's pay program.

Regardless of the employee pay management method you choose in the end, it's critical to ensure compliance with the Fair Labor Standards Act (FLSA) rules, such as minimum wages.

Should workers take a pay cut to work remotely?

One of the topics mentioned in the compensation discussions is whether remote workers should get a pay cut. It is assumed employees save money on not commuting and reducing other office-connected expenses. It's also possible that many of them would use their salaries to move out of expensive cities into more liveable ones.

This opens the space for companies to try and save even more on their remote employees. Recently, Facebook announced that employees who move out of Silicon Valley would face pay cuts, and Deutsche Bank's research proposed a "privilege tax" on remote work.

The opinions of workers are divided on this topic. Some argue that remote work is not a perk, so it shouldn't influence the salary any more than office presence does. Others consider the option to move to a friendlier, more liveable city worthy of taking a reasonable pay cut.

What about employee benefits for remote workers?

Bear in mind that working remotely isn't a dream-come-true for everyone. Therefore, it can't be considered an employee benefit, especially if you're fully remote and that's simply your work model. Remote workers should have the same right to quality healthcare and other benefits such as retirement plans or fringe benefits, if necessary.

Your performance management strategy may also affect how you're going to pay your remote workers. Some employers choose fixed over variable pay regardless of how their employees are performing. Others consider pay for performance a better choice and base their compensation strategy on the results their workers achieve.

In that case, it's critical to identify the metrics you're going to track and measure when evaluating employee performance and what kind of bonuses and benefits you're going to include in your total reward package.

How to pay remote employees

If your remote employees are located in the US, the payroll management should be fairly straightforward. If you hire remote talent globally, things can get a bit more complicated.

Being compliant with local labor and tax laws sound complicated, but it doesn't have to be. Take a look at our guide on how to pay foreign team members.

Compensation management is not an easy topic for most companies to decide on, and remote work can add new challenges to the equation. This shouldn't stop companies from adopting remote work and expanding their talent pools. With some strategic thinking and a clear philosophy, any company can build fair and attractive compensation systems for the remote workforce and stay the employer of choice.

How it works
Solutions
Resources
© Copyright 2022. All Rights Reserved.