How will Brexit Affect UK Businesses in 2021?

Back to blog
Deel Team 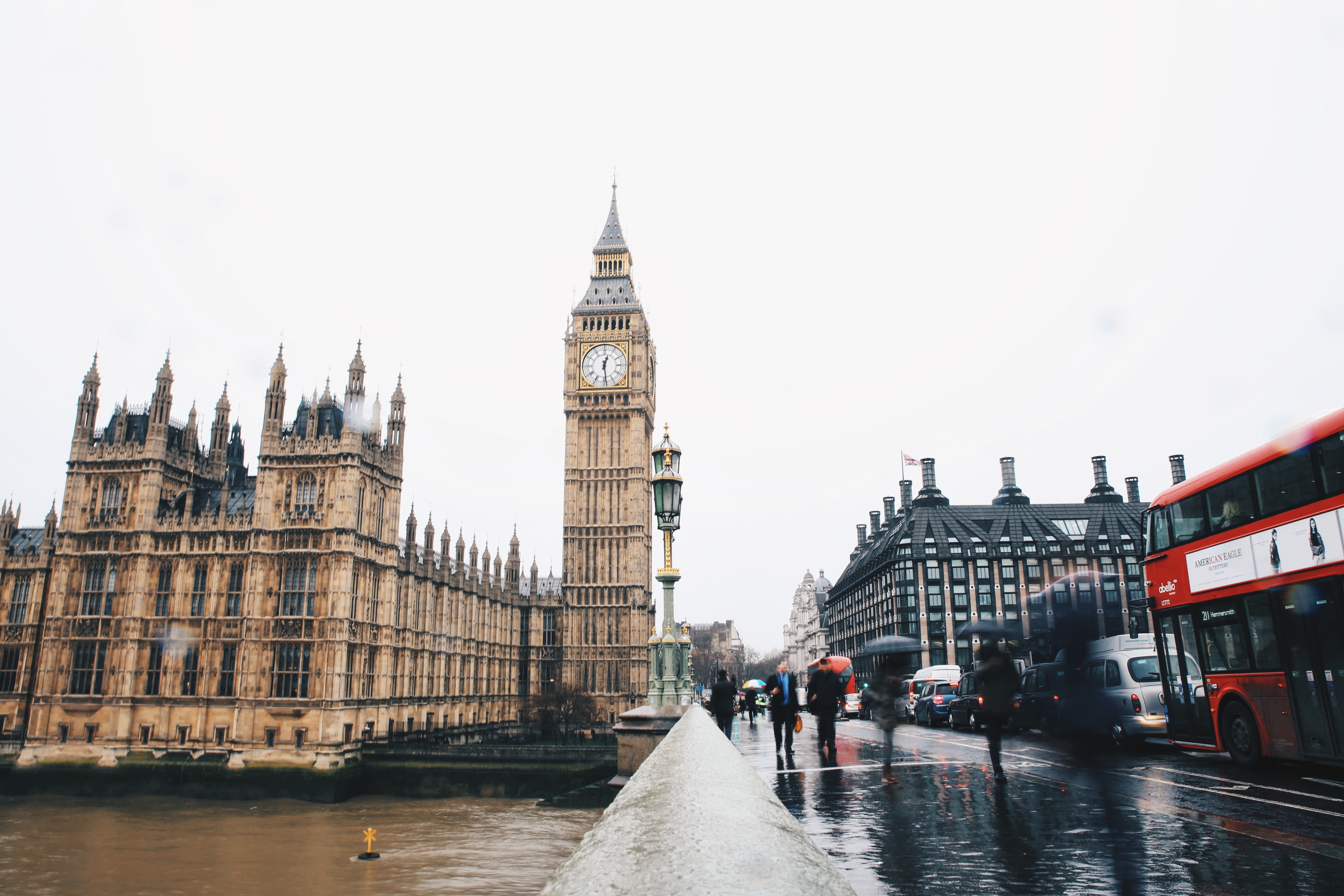 What is Brexit and where are we now?

The UK and the EU agreed on a post-Brexit trade deal on 24th December 2020, ending a period of intense negotiations between the two sides about their future trade, market access, and security relationship. As a catchy abbreviation of ‘Britain’s Exit’, Brexit is a term to describe the UK’s departure from the European Union.

After a long 4,5 years following the Brexit referendum in June 2016, in which 52% of voters elected to leave the European Union, this trade deal offers welcome regulatory framework clarity for businesses based either in the UK or those with offices in the UK. However, some questions on the future relationship between the UK and the EU, and on how businesses will be affected, still remain.

For businesses looking to navigate upcoming issues, this article will seek to offer detail on the imminent changes following the end of the transition period on 31st December 2021, and what the new rules for business will be.

When will Brexit happen?

The UK technically left the European Union on 31st January 2020. Its relationship with the EU has so far remained largely the same since this date, during what has been termed the transition period.

What is the Brexit transition period?

The Brexit transition period is the length of time determined in the UK-EU Withdrawal Agreement in which the United Kingdom is no longer a member of the European Union but remains a member of the customs union and the Single Market.

The transition period was agreed by the EU and UK to allow time to negotiate the details of a new trade relationship between them.

A trade deal has been agreed upon. What are the key details?

Following ratification by the UK government and EU Commission, the Brexit deal applies as soon as the transition period ends on 31st December 2020.

This deal, announced by the British Prime Minister Boris Johnson, comprises of a 1,246-page document that covers trade and security details of the future relationship, including climate change, haulage, and business trips, amongst many other aspects.

It is worth noting that the UK and the EU have avoided a No-Deal exit by agreeing on a trade deal, which would have resulted in the UK trading internationally on World Trade Organisation (WTO) terms.

How will the agreement affect UK businesses?

From 1st of January 2021, rules for business change. On this date, the UK will no longer be part of either the EU’s customs union or the Single Market, operating instead on terms set out in the trade agreement with the EU.

As experts continue to pore over the comprehensive document to reveal finer details of the settlement, fundamental aspects of the agreement for businesses are already clear.

Key areas for UK businesses to consider are:

Travel to the EU for paid work

There will be new rules for UK businesses travelling for business in the European Union:

A number of EU members have stated that they will have specific business travel and entry requirements. For more information, businesses should visit the relevant Gov.uk website.

Automatic recognition of certain professional qualifications will end, meaning that UK professionals will have to apply for and abide by the specific qualification requirements of the EU member state that they wish to operate in.

This will affect professions such as architects, dentists, pharmacists, vets, and engineers.

Notably, the trade deal agrees on a framework for potential mutual recognition of professional qualifications in the future, but no new qualifications will be recognised immediately after 1st January 2021.

The agreement stipulates that cross-border tariffs and quotas will be removed on all goods being traded between the UK and the EU. However, this arrangement will come with a number of customs procedures, including new ‘rules of origin’ (RoO) requirements.

Under these changes, businesses must verify that at least 40% of the composition of their products' pre-finished value was either of British origin or from an EU country in order to avoid tariffs.

The agreement states that products will have "third-country" tariffs applied if over 40% of a product’s pre-finished value was either not of British origin or from a non-EU country.

Notably, British businesses that either import or export products to or from the EU must also pay special attention to new customs declaration rules.

They will need to have a relevant Economic Operator Registration and Identification (EORI) number to continue importing or exporting to the EU after 1st January 2021. This will be used on customs declarations after the transition period ends, and will be essential for continuing operations.

UK businesses with Intellectual property rights such as trademarks, patents, or copywrites registered with the EU Intellectual Property Office (IPO), should have had these IP rights transferred into UK rights automatically.

To check whether this has been completed, this can be confirmed with the UK Intellectual Property Office.

Following the UK’s exit from the Single Market for data transfers and digital services, rules on data will almost inevitably affect UK businesses.

One of the key areas of negotiations between the EU and the UK, which was not agreed in sufficient detail, was on data adequacy and how data will continue to be transferred between the UK and the EU from 1st January.

For now, businesses will not have to take immediate action on data adequacy whilst a decision is made on the issue by the European Commission. This will give businesses time to prepare for any future necessary changes.

When it comes to the General Data Protection Regulation (GDPR), the EU regulations will not apply after the transition period. However, UK businesses must still comply with its requirements.

First, the Data Protection Authority (DPA) enacts the EU GDPR’s requirements in UK law. Second, the UK government has issued a statutory instrument – the Data Protection, Privacy and Electronic Communications (Amendments etc) (EU Exit) Regulations 2019 – which amends the DPA 2018 and merges it with the European Union GDPR requirements to form a data protection regime that will work after Brexit.

This new regime will be known as ‘the UK GDPR’.

Will I still be able to employ EU citizens after Brexit? If so, what will be the procedure?

Yes – but there are a series of considerations for employers of EU citizens from 1st January 2021. UK businesses wishing to employ EU, EEA (European Economic Area), and Swiss citizens in the UK will have to consider Right to Work checks, the EU Settlement Scheme, and the UK’s new immigration system.

If a potential employee from the EU arrived in the UK before 1st January 2021, Right to Work checks will continue to be carried out in the same way as they have been, and will continue in this way up until 30th June 2021. This group should be either applying for, or have secured, their Settled Status under the EU Settlement Scheme.

If a potential employee from the EU arrived in the UK after 1st January 2021, a new immigration system will apply.

From the 1st of January 2021, the UK’s points-based immigration system will begin. Employers will need to sponsor EU citizens living outside the UK if they would like to hire them for a job. Additionally, EU citizens moving to the UK to work will need to obtain a visa in advance.

For UK employers planning to sponsor a skilled worker from 2021, and who are not currently an approved sponsor, they can visit the relevant Gov.uk website for more information.

New immigration rules will not apply to citizens of Ireland who may continue to live and work in the UK without needing extra documentation.

What will Brexit mean for UK businesses?

There has been a huge amount of preparation and thought put into the next phase of the Brexit process by governments and businesses.

However, given that the trade agreement between the UK and EU has been recently agreed and ratified in Parliament, the exact implications of Brexit on business are yet to be fully realised.
What is for certain is that businesses will be required to adapt as the new aspects of the trading relationship are implemented in 2021.

Legally hire anyone, anywhere in the world, run payroll in 100+ currencies.

Deel's partnered with 100+ labor law experts so you can pick from the library of localized contract templates and legally onboard your international teammate in minutes.

From onboarding to payroll, Deel team has you covered.